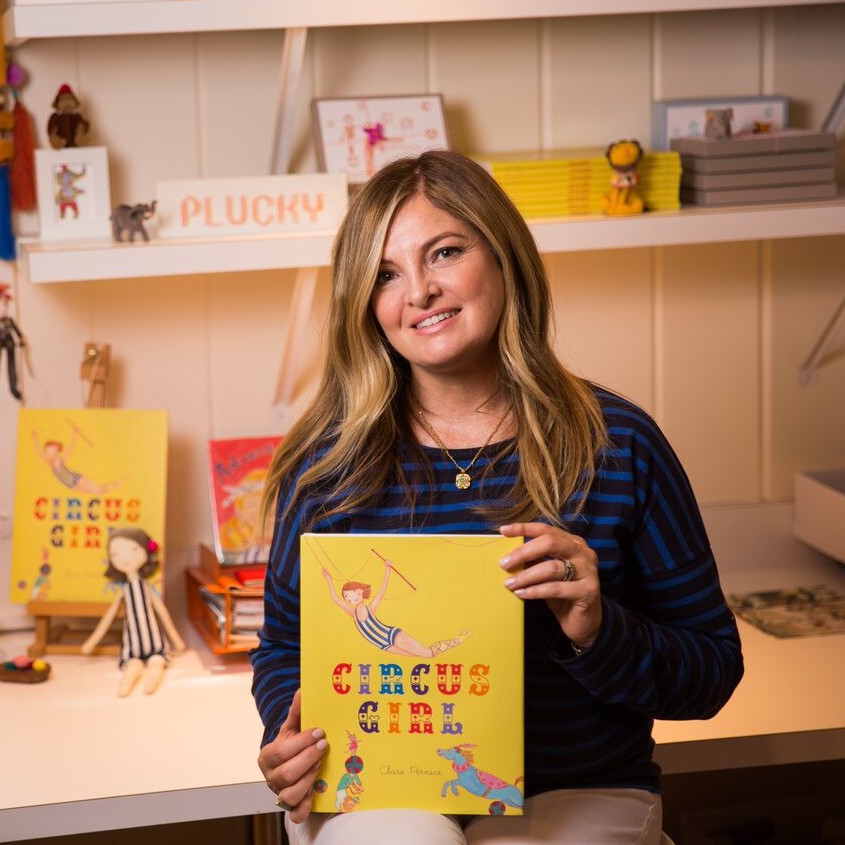 I ran into Clare Pernice at Goldenberry, a shop in Wilton, not too far from here, that stocks British products. No surprise there, because we’re both British-born, and we were looking for a few seasonal treats. But I noticed her picture book, Circus Girl, was for sale, and asked her about it. The following interview arose from that meeting. Clare is a writer and illustrator, as well as teaching art classes at the Museum of Illustration in New York City and in her studio in Weston.
GC: I love your picture book. Tell us something about the way you came to write a book, and why it’s published in Canada, even though it’s available here in the United States.
CP: Circus Girl was inspired by my children’s love of imaginary play and dressing up. Stories, creating characters and performing dreamed-up scenarios was always a big part of mine and their childhood. My father, a dramatic story teller magically captivated any audience, most recently his grandchildren. Growing up in England immersed in his creative imagination certainly influenced my love of story and character. My publisher, Simply Read Books, and I met at Book Expo. They’re based in Vancouver and their boutique style, beautifully curated books and passion for picture books struck a chord with me. They were drawn to my writing style and illustrations and signed me on for two books.
GC: Circus Girl has a simple but original premise. What gave you the idea?
CP: All children have a natural instinct for imaginary play and can create something from the simplest found items, either from nature or around their own homes. Circus Girl was especially inspired by my daughter Mia, who loves dressing up, performing and has a joyful talent for rhythm and movement.
GC:  One of the things I find interesting is the fact that, with so few words, you chose several complex ones for the book. These aren’t words normally found in a 3-4-year-old’s vocabulary.
CP: Circus Girl was written as a read aloud story. I wanted the words to be fun to read and learn. The words are sometimes long and sometimes short, they come alive through the imagery. For example, “She’s OUTRAGEOUS” shows Circus Girl spinning hula hoops from every limb and balancing a stack of china teacups on her head. A few pages later, she’s BOLD, and looking inside a bewildered lion’s mouth. I liked the concept of the littlest readers seeing more of the story unfold in their own imaginations and sounding out less familiar, but dynamic, words. It makes for interactive word play between child and parent, sibling, caregiver, teacher or librarian. 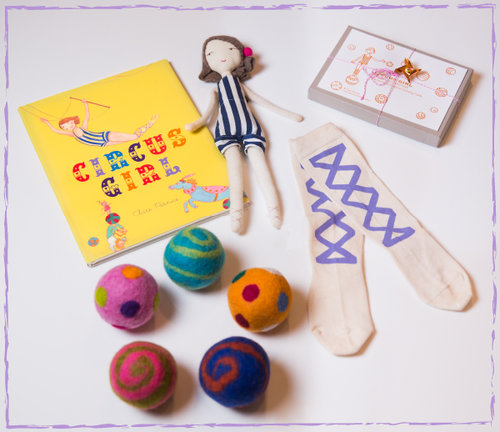 GC:  I’d always heard that illustrating your own picture books was a no-no, because the publishers want to choose the artist. Did you do anything unusual to have your gorgeous illustrations accepted?
CP: I have an Arts Diploma and Bachelor of Arts Degree with Honors, in Art and Design from London Central Saint Martin’s School of Art. I worked in film, theatre and children’s clothing and product design.  Later I took courses in children’s picture book writing and illustrating. This helped hone my skills for crafting a book dummy. An editor or art director will need to see a book dummy if you are presenting your story with illustrations. I researched books I loved, to see if their publishers would take direct (unagented) submissions. Smaller publishers are sometimes open to this approach, but I had to make sure I followed their submission guidelines very carefully.
GC: How long did it take you from writing your first word to holding a copy of the actual book in your hands?
CP: It took five years. I started with an idea for a series of books and worked on a mini book set of six books. My head was brimming with ideas! I met an agent who liked the concept but recommended that I focus on one of the books as a standalone. I chose to do Circus Girl as I had already roughly sketched all the characters. At this time I took a wonderful course at School of Visual Arts and attended some SCBWI conferences. I honed my story, created some book dummies and showed them to several publishers. The art director at Stirling Books loved it but the editor felt it was too conceptual for their current list.  Soon after, I met Simply Read Books and Circus Girl was launched in Spring, 2014.
GC: And I’m sneaking in an extra question, because I have to know! What’s your next book? 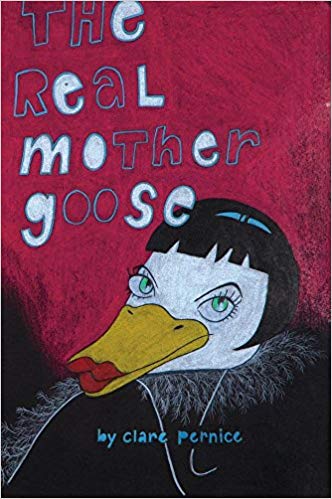 CP: I am excited to announce that my book, The Real Mother Goose, a raucous twist on the original rhymes, is launching in March, 2019, and available for pre-order now on Amazon. Also in the pipeline is Adventure Boy, a companion book to Circus Girl inspired by my son Oliver!
Circus Girl is available wherever books are sold, and you can find Clare online on her website, Facebook, Twitter, and Instagram.