Alison McBain – Where I Write 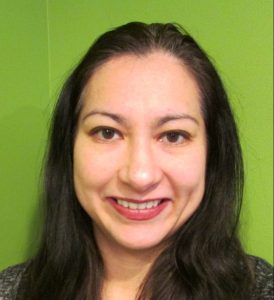 If you read my blog, you’ll know that Alison McBain is a friend of mine – but that’s not the reason I asked her to tell me where she writes. She’s an incredibly hardworking author, publisher, editor, illustrator, artist, and more. She’s won awards in all those capacities, and does it all with aplomb – with three children in tow, and while recently moving to Canada. I don’t know how she does it, and when I ask her, she just shrugs as if to say, “Doesn’t everyone?” Well, no. Her most recent book, The New Empire, came out on October 4. It is an alternate history novel set in 1751, in which a bloody coup imprisons the Chinese emperor’s youngest son in the bowels of a cargo ship, headed to an America you won’t recognize. If you like historical novels, speculative fiction, or straight-up adventures, I think you’ll love it. Obviously, Alison has a huge desk where she presides over her own writing empire, right? Wrong. Check it out. Here’s what she told me. (Look out for the Halloween connection below…) As a pantser (one who writes by the seat of her pants and doesn’t outline her story ahead of time), I’m also a location pantser when it comes to writing. While I prefer to write in my nicely set-up office surrounded by the musty smell of my grandmother’s old wool rugs and the comforting sight of dog-eared books, I’ve been known to compose short stories at the library, write poems in a coffee shop, finish a chapter sitting in a park, or type essays while lying in bed—basically, anywhere my laptop can travel. I do prefer typing to writing longhand—my thoughts travel faster than I can scribble with pen and paper, and my typing barely keeps up as it is.

I’ve moved to Canada over the summer to the western province of Alberta, and I have my very own
office space for the first time in my life. Before, I had a desk in the middle of my living room, and my kids
were constantly leaving their stuffies on top of my keyboard, so it’s been a game changer to have a
place of my very own that I can escape to.

Coffee is an absolute must for getting me into the chair to write (I have a mug heater to keep the temperature above lukewarm), although I prefer to drink chai when working on a novel… I smell the cinnamon and other spices, and it sets me to dreaming. Next to my desk is a glass globe with a black rose trapped in a glittering Halloween scene—I like having it nearby to ponder when I’m trying to puzzle out a problem with my book. It reminds me that there is magic in everything, including in the everyday
stories we take for granted. It’s just a matter of how you look at them. I looked at my black globe rose quite a bit when writing my latest book, published October 4. It’s called The New Empire, and it’s an alternate history in which first contact with the Americas occurs with the Chinese empire several centuries before Columbus. The main character is Jiangxi, born as heir to the Dragon Throne, but sold into slavery after a palace coup. He ends up fighting for his freedom in an 18th-century America much different from the one we’ve read about in the history books.

I was thrilled when my new book won the When Words Count Pitch Contest and was offered publication by Woodhall Press – if you’d like to know about my journey from start to finish, my essay on it was recently published in The Writing Cooperative, “How I Jumped the Line and Got a Book Deal.”