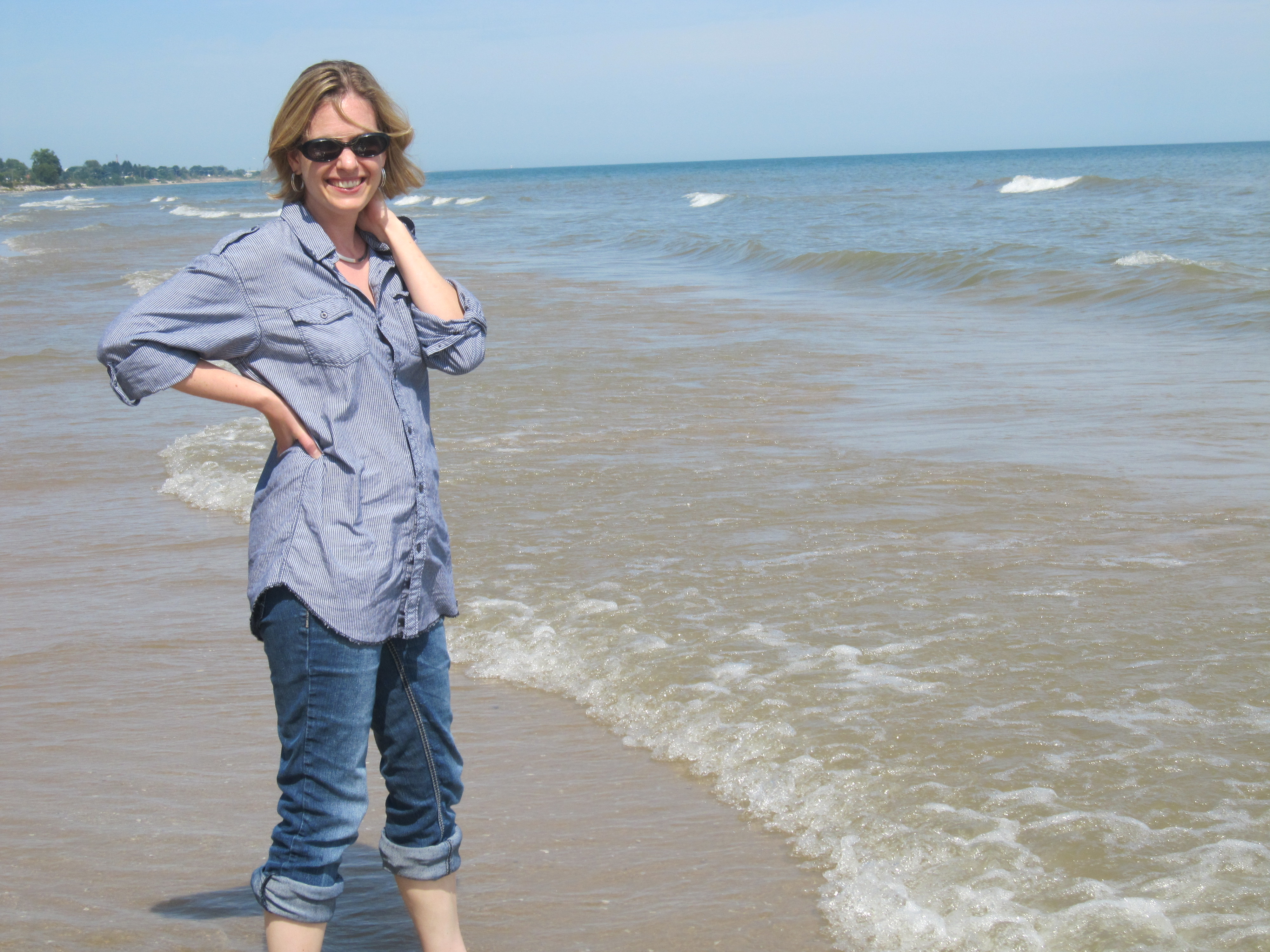 Nina Mansfield is a prolific writer whose credits include numerous full length and short plays which have been produced around the world. Her short mystery fiction has appeared in Ellery Queen Mystery Magazine and Mysterical-E. She’s a member of the Mystery Writers of America, and I met her recently at the CrimeCONN conference, organized by the New York Chapter of the MWA, which includes Connecticut. Swimming Alone, her most recent work, marks a departure for her in that it’s a full length mystery novel for Young Adults.
GC: I know you’ve written many short plays, and had them produced. And you’ve written a play for young children. What made you want to write a YA novel, and a crime novel, at that?
NM: I have always loved mysteries. As I youngster, I loved reading Nancy Drew Books, Two-Minute mysteries, and books by Lois Duncan, Joan Lowery-Nixon and Agatha Christie. I fondly remember curling up on the couch with my mother to watch Murder, She Wrote, Columbo and those Perry Mason television movies that came out in the 80s. I have also spent nine-years teaching high school in both New York City and the suburbs. I began reading a lot of young adult novels when I was in graduate school for teaching. One of the things I discovered my first year teaching was that many young adults craved novels with suspense. I wanted to write a YA novel that would keep even the most reluctant reader on the edge of her or his seat.
GC: My readers are interested in YA books, because they are so popular right now. Could you explain the difference between YA and Middle school and new adult books for us?
NM: First of all, we have to remember that these are all relatively new labels that were invented for marketing purposes. However, what I think writers should bear in mind is that children of different ages have different concerns and interests. Think about who you were as person at age eleven. What did you like? What intrigued you? What were your fe

ars? Now think about age sixteen. Your perspective probably shifted during those years. If a writer is choosing to write specifically for a particular age group, the concerns and interests of that target audience need to be kept in mind.
To give some very basic guidelines, young adult books generally have a protagonist who is high school age, and these books tend to have a major romantic component. With middle grade, the protagonists are younger, and the themes generally focus on things such as friendship, or navigating social norms. But those are very general guidelines. And honestly, new adult is a very new category for me, so I can’t really speak to that!
I think that Swimming Alone actually departs from the traditional idea of the young adult novel, as the mystery in the novel is far more important than any of the romantic elements.
GC: Your character, Cathy has a very distinctive voice, with a nice sense of humor. How did you manage to capture the voice of a 15-year-old so well?
NM: Well, thank you! I wrote Swimming Alone while I was teaching high school, so I was definitely influenced by my students. High school students talk a lot, and they often don’t care that an adult is in the room—so I certainly overheard more than my share of teen conversations. I also still have a snarky 15-year old hiding inside me, so I really worked on channeling her as I was writing the novel.
GC: Your setting, Beach Point, sounds like a fun place, apart from the serial killer on the loose, of course. Is it based on a place you know, and if so, what made you think of setting this kind of a crime there?
NM: The town of Beach Point is very loosely based on my childhood memories of Misquamicut, Rhode Island. When I was very young, my grandparents would rent a bungalow there. But in reality, I fused a few beachside towns into what would eventually become Beach Point. I have always been attracted to seaside settings—both personally, and for my writing. It’s funny, because I don’t ever remember making a conscious decision to set SWIMMING ALONE at the beach. The idea just came to me, and I started writing.
GC: Is Cathy likely to have any more adventures like this one? In other words, is she likely to become part of a series?
NM: I have thought of writing another Cathy Banks mystery. If I do, the next book will be set in New York City. But right now, I am working on a young adult paranormal thriller currently titled In Deep. I don’t want to say too much about this current project, but it is also set near the water—this time on Long Island Sound. This book is also much darker than SWIMMING ALONE. The characters are less naïve than Cathy. They’ve already experienced some trauma in their lives.
You can connect with Nina via Facebook, Twitter and her blog

How to Make Crime Pay