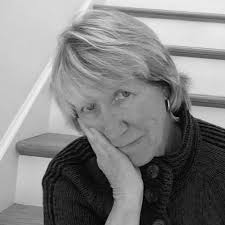 Like other members of the Westport Writers Rendezvous with publishing news, Zeb Appel shared that her debut novel, Good Luck and a Benevolent God, was published this summer by DartFrog Books  not just in the US, but around the world. The book is about the colorful life and death of Mandy Flanagan, an Irish girl from the South End of Boston who elopes to New York in the twenties, how she navigates a good part of the twentieth century, and finally retires to the suburbs of Wallingford, CT. It has a great review from Kirkus, including this quote: “Appel writes in the natural prose of a raconteur, rising occasionally to the level of lyricism when praising her heroine.” I enjoyed the book too, and the way it demonstrated how stories and people intersect in their lives—what keeps them together and forces them apart. It’s a great book club book, with plenty to discuss.
I’ve followed some of Zeb’s progress via our meetings, but I wanted to know more.
GC: How did your experience as a playwright help or hinder you in writing a novel? Do you think it influenced your prose style?
ZA: Actually, my creative writing life began as a student writing poetry and short stories. These were published in literary magazines and university publications. About ten years ago I started writing plays, short and full-length, comedies and dramas. I took a class at the Hartford Stage, joined organizations and went to shows. This was fun. I learned about dialog and performance, the delivery of words, what sounded natural and what fit that particular character. This works in fiction, too. I always read my work aloud no matter what form it takes. 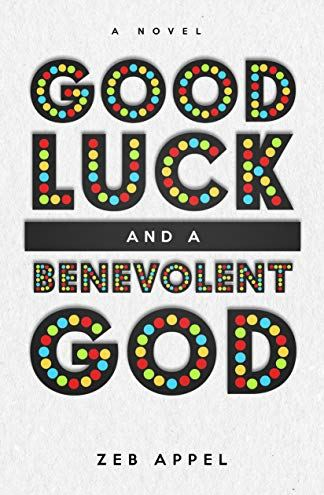 GC: What was the impetus for writing a novel at all? Just to try something different? To write about this particular character?
ZA: I am just a storyteller who writes in different forms. For me, poetry is an intimate experience while plays are public and must engage an audience. “Good Luck and a Benevolent God” originated a while ago in a workshop led by the New Haven writer Alice Mattison. Back then, it was a handful of (humorous) linked short stories about an eccentric family. Alice called it a ‘baby’ novel. Even though it ‘grew up’ to be the full portrait of a woman’s life, it still retains that ‘linked short story’ flavor about key characters and their adventures. This device (emphasizing character over plot) labeled it literary rather than commercial.
GC: Can you tell us something about your journey from first idea to publication?

ZA: Well, I don’t outline but will draw a relationship chart with major events to ‘see’ that it works logically. Initially I just write about something seen or heard that I want (need) to shape into a poem, a story or a play. My reader-friends critique and I use outside (paid) editors. But I’m fussy. I can always find fault with my work and will endlessly revise and mush the words around unless someone takes it away from me.
At present, I don’t have a literary agent (that may change). I find querying tiresome and the process to place a book with a major house too slow. A friend referred me to DartFrog Books. They liked the book and agreed to publish in less than a year and pay royalties like a traditional press. (They have since changed their business model.) They edited and formatted the content, and also designed a dandy cover. Plus, I enjoyed a book release signing and giveaway at BookCon in NYC.
GC: Mandy is considered eccentric, partly because she’s ahead of her time. To me she seems admirably independent. Is she based on anyone in particular?
ZA: My nana played slide piano on an old upright in her little house and a crowd sang along. I come from a family of four girls and we are a headstrong ornery bunch with our own sense of timing. Like most Americans, our family history is colorful. Of course I am part Irish so I enjoy a good story, music and beverages, like Mandy.
GC: You cover sixty years of New England life. How did you research the historical settings?
ZA: It was fun. The best background came from an estate. But I wasn’t writing a historic novel, so whole chapters about events like WWII had to be removed from the final version because it was too long.
GC: And finally, what’s next?
ZA: The final draft of my suspense novel, “The Median” is almost done. It’s about a woman’s breakdown, a truck driver and the startling event that changes their lives.
You can connect with Zeb on her website and at zebwrites@gmail.com, and via Facebook, and Goodreads.