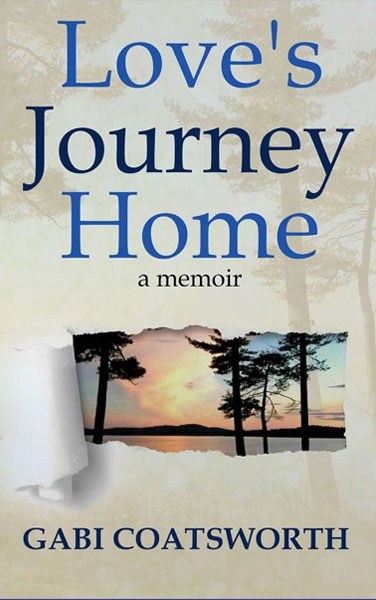 When Gabi and Jay first fell passionately in love,

they lived on different continents.

Separated for nine years by circumstances and distance,

they eventually found a way to marry.

Over three decades though, alcoholism tore them apart, and Gabi moved on.


Then a fatal diagnosis forced them both to make decisions.

Without love, Jay’s final journey would be lonely and hard,

and Gabi knew she had to return to care for him.


But she never expected to fall in love again.


This moving memoir doesn’t shy away from the realities of life,

but the relationship between these two lovers,

and to its ultimate limit by pancreatic cancer, proves that love—and a sense of humor—

can conquer anything, even death.

BOOKLIFE -a division of Publisher’s Weekly

A beautifully told true-life love story, facing addiction and death with candor and wisdom. Many readers will connect with Coatsworth’s story of building a family and navigating single motherhood, remarriage, divorce, and the unthinkable. She shares her story with candor, wisdom, and heart, and lays bare her feelings about facing those challenges with rare vulnerability.

I just loved this book! This is a wonderful memoir…the way the author describes love—she did a stunning job.

A compelling and honest memoir covering the history of a marriage where passionate love is lost and found. Each character comes alive on the page, demanding respect and sympathy, with scenes that evoke both laughter and tears.

What a wonderful book! Gabi Coatsworth brings this tale of love and loss--and love again--to life. Reading it, I felt as if I was right there in the room, experiencing all the sorrow and sweetness, the heartbreak and joy, of real, lasting love.

Love’s Journey Home is a moving love story, a memoir of a marriage, and a tribute to a caregiver and her patient, who rediscover the depth of their love as the hour of final separation approaches.

I hope these questions provide food for thought for you and/or your book club.

Thanks for reading the book!

There are no reviews yet.